Second Chances, Coffee Pots, and How to College

I had a student this semester named “Zach” (obviously that wasn’t his real name, but let’s pretend it was). Zach came into my course not knowing much, but was excited to learn and clearly loving the material. He participated every day in class, answered questions about listening projects, and did well on all of the tests and quizzes.

Just one problem… he was one of a small handful of students who hadn’t turned in a single assignment all semester. For the record, assignments are 40% of the overall grade.

After sending a gentle reminder to the students who hadn’t done assignments to get their game together, I sat back and hoped for the best.

Today was the last day of classes at UM (thanks, Hurricane Irma), so everyone’s been finishing up their final tests and exams. I had one test left to proctor this morning: the final test for the class that Zach was taking that semester, starting at 8am and ending at 8:50.

The students show up to the final and start taking the test.

Zach is nowhere to be seen.

At this point, there are whispers in the classroom among some of Zach’s friends. “Has anyone seen Zach?” “Oh my gosh, I hope he’s okay.” “And he stayed up all night studying and everything!” “Do you think his alarm didn’t go off?”

At 8:35, Zach finally comes in. First thing I notice is that he’s dangerously close to tears. He comes straight up to my desk and starts stammering an apology involving oversleeping and then having to clean up a shattered coffee pot, seemingly ready to start the test right then even if he only has fifteen minutes to take it. Sounded like quite the morning.

I cut him off (exam is still happening, after all) and tell him to drop my office that afternoon and we’ll talk then. We quickly set up a time for him to stop by. On his way out the door, he hands me a huge stack of papers: every single assignment that was due for the entire semester.

And that’s when it hits me that I have a pretty big decision to make. One that doesn’t affect me in the slightest, but will have a profound impact on this student I really want to see get his act together.

Do I grade Zach’s assignments and let him take a stab at the final? Or do I let him learn his lesson by failing him out of the course? 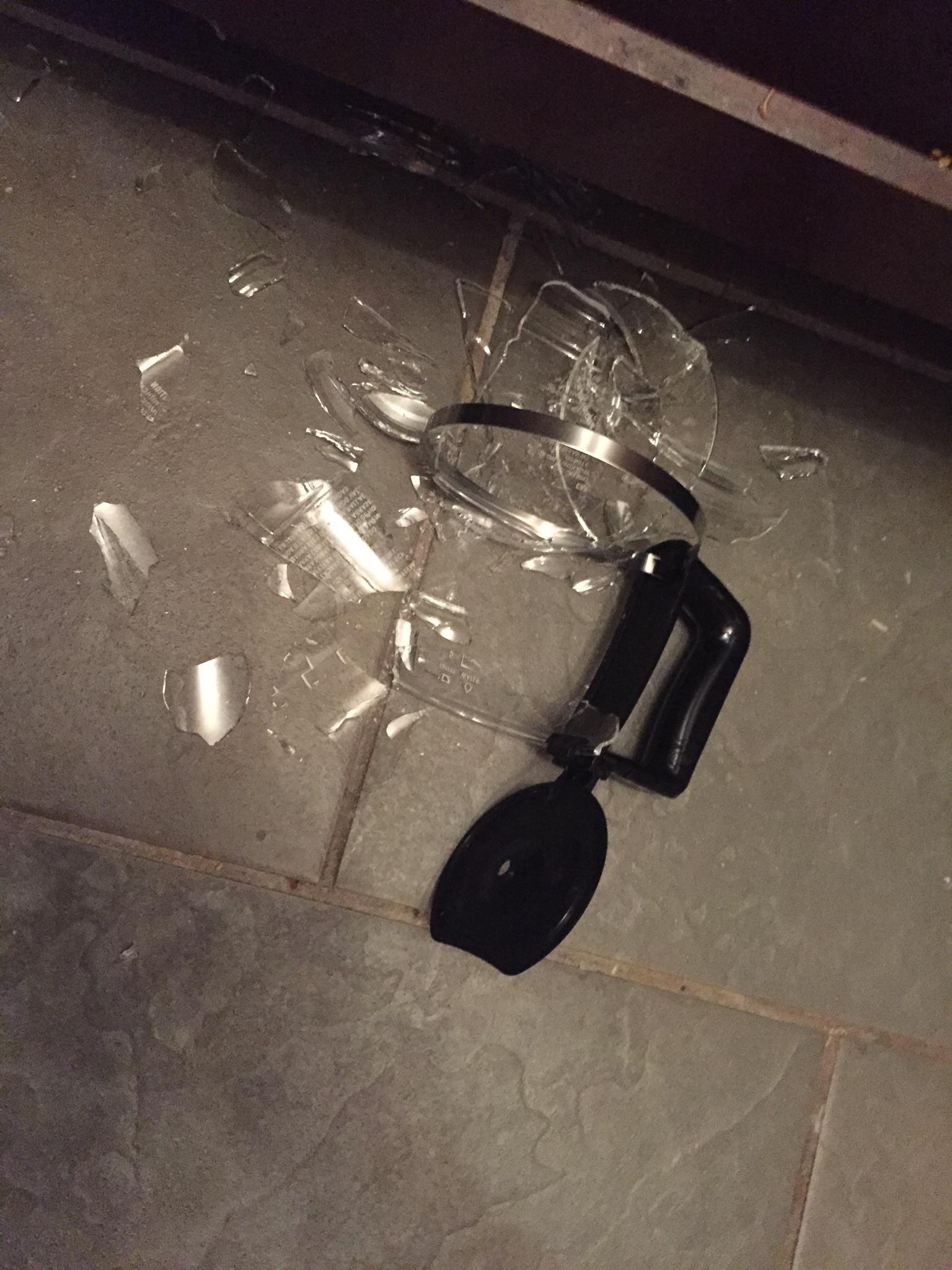 Today I want to talk about a certain subspecies of student.

We’ve all had them. Every college professor who has ever taught a course, especially a 100-level course, has had them.

That’s right… I want to talk about the student who clearly loves the material, shows promising talent or intellect, but otherwise has absolutely no clue how to college.

(Yes, I just made “college” a verb. I’m both an academic and a millennial. I can get away with making up my own words. That’s how language works, right?)

What do I mean by “how to college”? Well, seemingly contrary to popular belief, “college-ing” is the art of taking your education seriously. It involves showing up for lectures on time, doing the assignments, taking all of the quizzes and tests, and using office hours to your advantage. It involves treating your education like the adult you have (or are starting to) become. Sure, maybe there’s some partying and general revelry involved, and that can be a worthwhile part of the college experience… but we professors don’t really care about that part of their students’ growth. We care about our students’ grades, and their grasp of the course material.

And some students, particularly freshmen relishing in their newfound independence, just don’t know how to college.

Teachers in large lectures see this much more often than teachers like me. The lectures without attendance policies, class sizes too large to ever learn the names of students who don’t consistently sit in the front row or speak up during writing labs. This is the kind of class that can give a struggling student the wrong impression. Showing up doesn’t matter, the practice assignments don’t matter, and so long as you ace the final exam, you’re golden.

But I teach music. And music doesn’t work that way. Some music classes are only one credit hour, but have the workload of a four-credit lecture-and-lab combo in other departments. Private lessons, ensembles, ear training courses, you name it. It’s frustrating for any music student. They can sleep through their Astronomy lectures and still make a B on the final, but miss two days of ensemble rehearsals and you’ve pretty much failed. Miss two days of ear training and you feel like you’re three weeks behind. And when a student gripes about this unfair workload, my response is always the same:

“I understand. I empathize. I can relate. But I don’t care. And neither does that grad school you want to get into or that job you apply for. They’re going to hire the student who put in the energy beyond the passing grade. So next time you feel like this is unfair, remember that student and let them—not your GPA—inspire you to try harder.”

That’s part of what college is all about: taking ownership of your own education and development, regardless of what the grade means.

That makes me sound like a little bit of a tyrant, I know.

You see, I have a “weakness” as a teacher: I might not care about how you’re drowning in your workload, but I do care about you as a student. And that means that if I get even the slightest sense that you, a student who is still learning how to take ownership of your education, are on the verge of a breakthrough—and I think I might be able to be part of that breakthrough—then I’ll cut you whatever slack I think appropriate to give you a fighting chance.

Which brings me back to Zach…

Zach comes into my office ten minutes before our scheduled time, right as I’m finishing up some grading. “Dr. Pegel, thank you so much for meeting with me.”

“So before we talk about this morning, I just have to ask… are you okay?”

Cue the mental vomit. Zach was clearly surprised by this question, but also grateful to get a lot of processing out. The story about the coffee pot again (ouch), barely keeping on top of his class expectations, and just a string of bad luck all around.

“Yes, but that still doesn’t explain why today was the first time I saw a single assignment from you.”

I see his face fall. He’s already anticipating failing out of the course.

“I just finished grading these assignments. Good work on the last four of them, but these first six weren’t as good as they should have been. Makes sense, considering it’s been a while since we’ve covered this material.”

“You can’t let this happen next semester. You need a good grasp of the fundamentals if you want so much as a fighting chance of passing. This isn’t going to get any easier. So before I give you this final to take, you’re going to have to promise me that you’ll actually do the work on time from now on. Because I won’t accept late work from you again.”

“I understand, sir. And I certainly will.”

“You’re too smart and talented to be letting yourself make stupid mistakes like this. I should know—I was that student once. Consider this your mulligan. Here’s the exam, you have fifty minutes.”

Sometimes a little forgiveness can go a long way.

I wasn’t joking when I said I was also that student who struggled to grow up. I didn’t know how to college or how to grad student when I first started my respective degrees, and I certainly didn’t know how to teacher my first few years as an unsupervised TA. I made my share of stupid mistakes on the grade and on the job. Some of them I paid for, others of them I was forgiven for with an “I’m not mad, I’m just disappointed”—the hardest punch to the gut anyone can ever receive.

All of these experiences have shaped me into the academic I am today. But the lessons I learned the most were the ones where I was given a second chance to succeed.

I remember the sociology professor in my undergrad who let me drive to his house to make up a final exam when I wrote it down wrong on my calendar. I remember the lecture I got from the head of my department about needing to stick more to the curriculum I was given to teach instead of doing things my own way. I remember the administrator who forced me to take a week off of classes when rushing to finish my masters thesis on time made me pass out from exhaustion and get a concussion—which had also made me miss a choir concert that the administrator herself was conducting.

I’ve made my share of mistakes and have been given my share of second chances in the past fourteen years of college-ing. Every student, every professor has a story or three like this. It comes with the territory of being human.

And somewhere along the way, I learned I’d rather be like those professors who let me have another shot of proving myself so that I could rise to the occasion. The mentors who didn’t give up on me no matter what.

Those were the moments I couldn’t help but think about when I met with Zach, another freshman who was in over his head—just like me once.

What if I hadn’t been given my second chances? Where would I be then? Would I have learned the lessons I needed to learn to succeed, or would I have failed out and given up?

And what would I be teaching Zach by just dismissing him outright? Would he learn how to prove himself and be inspired to rise to the occasion? Or would he just write himself off as incapable?

In my few hours of deliberation on the matter, looking over his assignments, I decided to err on the side of forgiveness.

Because if I can recover, so can Zach.

After all, how can a student ever fight for their dreams without someone letting them rise to the occasion? Maybe, just maybe, that second chance means that he’ll become one of those students that others look to for inspiration, to go the extra mile in a class that doesn’t offer the credit hours it deserves.

Guess that’s something I’ll find out next semester when he shows up for his second course with me.

Call it a hunch, but I suspect that this time around, I’ll get at least some of his assignments on time.

UPDATE: First assignment for the second semester was due today. He was the first to hand it in. 🙂