When Your Art is Smarter Than You: A memoriam for Parkland 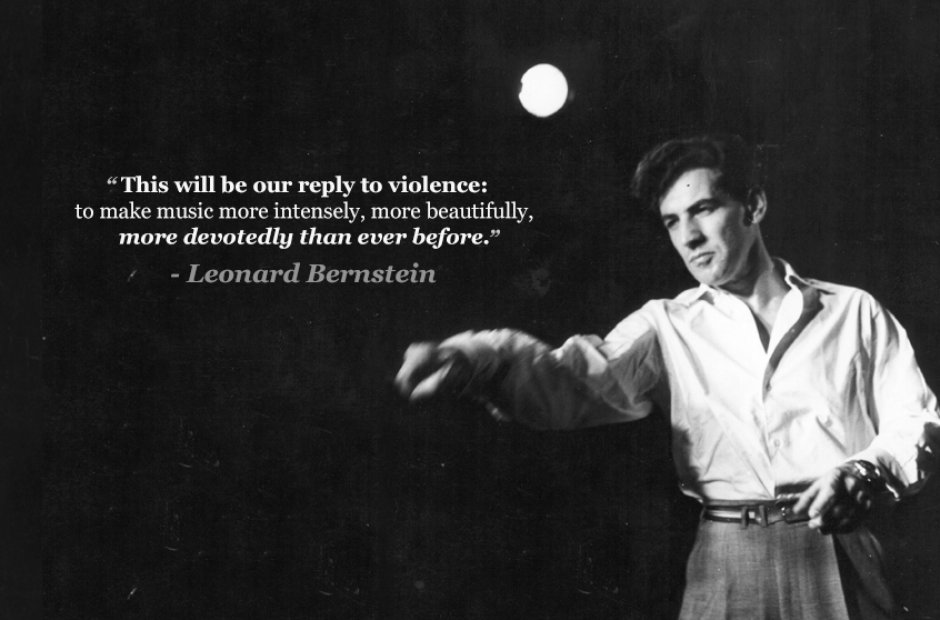 Last night I had the pleasure of revisiting one of my favorite older pieces in concert, Epics and Heroes. When I say “older pieces,” I mean that I wrote this as an undergraduate in college eleven years ago, and while many of the works in my portfolio from that time have fallen by the wayside, this one has stuck around. It’s a piece that (I hope I can make this make sense…) still sounds like me, talks like me, and acts like me, no matter how much my sound and style have evolved since then.

This piece has a strange—and deeply personal—backstory that has stayed strictly between me and the trombonist who premiered it back in 2007. Suffice it to say that 2006-07 was a rough year for me, and I processed a lot of these events through my compositions (as any young artist does). And yet somehow I was able to write a beautiful, slow introduction to this tumultuous work, though I would never have thought I had that sort of emotion within me. Not quite sad, but certainly somber and reflective. The entire piece felt like a “call to action” for me, in the midst of the things I was going through at the time. I could be cathartic about the things that had been weighing me down, dust myself off, and then do something about it for once.

Fast forward eleven years and however many days…

There was yet another mass school shooting that had happened less than fifty miles north of us only three days prior to the performance. As an educator, obviously these tragedies hit very close to home every time they happen. And every time my outrage gets worse and worse because, in spite of the growing frequency of mass shootings, nobody is doing anything about it! Our gun epidemic continues, certain politicians continue to profit from NRA lobbying, no one addresses the cultural environment that drives people to commit shootings in the first place… nothing changes. People keep dying, and all we have to offer is empty “thoughts and prayers.”

Not that I could afford to think about any of that. I had three dress rehearsals for three different recitals in the days following, including with the trombonist reprising Epics.

The trombonist, Steven Eckert, is an absolute gem of a human being. Not only is he an extremely gifted musician as you can see from the video, but he’s a very mindful individual and just all around a super fun person to work with. I’d been excited about this collaboration since we decided to give this work a reprise a few months ago, even if it did mean working back up one of my hardest piano accompaniments to date.

Saturday arrives, and it’s time for the sound check.

Steven comes up to me and asks if I like the program notes (which he had borrowed and reinterpreted from my website page). I tell him I’m thrilled, especially considering he had included my favorite closing sentence: “This work aims to emphasize both the need to reflect on the past and take action in the present—yielding great, unexpected results.”

His next sentence floored me: “We’re dedicating this performance to the victims of the Parkland shooting.”

After the performance (Steven had made it a point to tell the audience about the dedication), several people made it a point to come up to me and tell me how powerful the performance was—”and so relevant, too, what with everything going on!” All I could do was smile and nod, even though it honestly felt like I was the last person to realize what exactly I had written, and to what purpose.

When I wrote Epics, barely out of adolescence, I had been thinking about going through my own tragedy on a personal, small scale. I’m not sure I was capable then of seeing the universal nature of human experience: that though we may all process tragedy differently, our experience with it is fundamentally the same. The work was no longer about me, but about all of us. Nothing else had changed about the composition, aside from that fact that the composer grew up a little bit.

After all, what made Epics special if not the “call to action” aspect of it? The inspiration to do something in the face of our pain?

And now, in the face of the tragedy that has been way too many deaths, hopefully we can also be inspired to do something ourselves.

I don’t think I’ve ever been quite this grateful that sometimes art is smarter than the artist.

Thanks again to Steven for giving me one of the most meaningful performances I’ve had in years! And here’s to many more collaborations together.

And now… let’s do something about all these shootings, shall we?

I know I’m ready to.